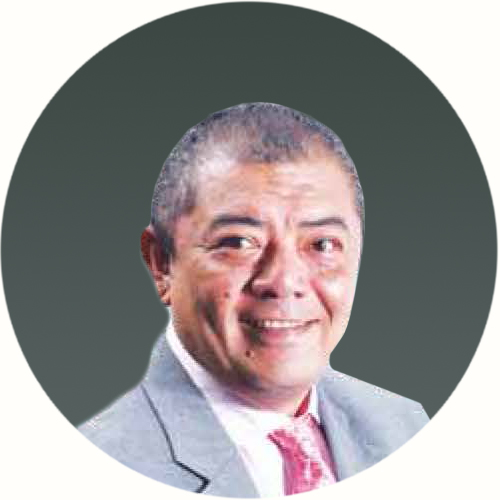 Datuk Jayakumar A/L Panneer Selvam, was appointed to the Board as Alternate Director on 4 April 2018. Subsequently, he was re-designated to Executive Chairman on 4 June 2018.

Datuk Jayakumar holds a Diploma in Computer Science and he started his career with Kumpulan Wang Simpanan Pekerja in 1989 and subsequently moved to Arab Malaysia Finance Bank in 1990 for about two (2) years. His career in IT began with PDX Teknologi Sdn. Bhd. as the Major Accounts Executive in 1992. He was subsequently appointed as the Executive Director of PDX. com Sdn. Bhd. in 2004 and was instrumental in PDX.com Sdn. Bhd. He secured the MSC Electronic Government Flagship Application (eServices Project) and was appointed as the official Gateway Provider of the Government in 2000. In 2009, he was appointed as a Chief Executive Officer/Executive Director of PDX. com Sdn. Bhd. He has leveraged on his long experience in the IT industry and has ventured into investing in IT related companies.

Datuk Jayakumar was appointed as the Managing Director of MYEG Integrated Networks Sdn. Bhd. (MINT) in 2009, he was integral in the development and operation strategies of MINT. His experience includes developing its suite of Electronic Cash Register (ECR) while working with Point of Sales solution vendors. These solutions include, among others, a comprehensive suite of online Goods and Services Tax (“GST”) accounting tools, tax declaration and Electronic Information Systems (EIS).

Save for Cuscapi berhad, Datuk Jayakumar does not hold directorship in any other public companies or public listed companies. 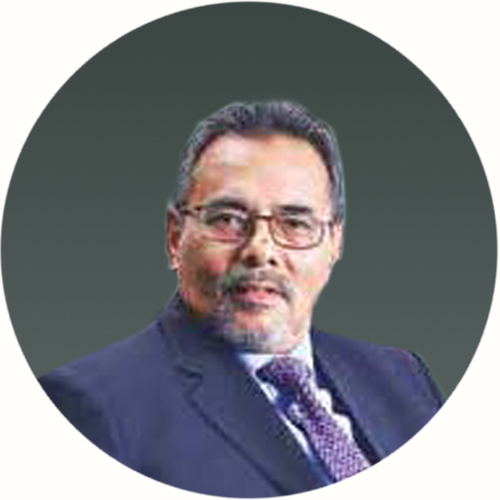 Dato’ Sri Khazali Bin Haji Ahmad, was appointed to the Board of the Company on 9 July 2019. He holds a Master’s Degree in Economics from the University of Central Oklahoma, USA and a Bachelor’s Degree in Agricultural Economics from Universiti Kebangsaan Malaysia. He was granted Excellence Service Awards in 2003 and 2006 by the Ministry of Finance and was recognised as Asia Tax Commissioner of the Year in 2015 for his leadership of the Royal Malaysian Customs.

Dato Sri Khazali had a distinguished career in the Malaysian Civil Service, culminating in his role as Director General of Customs from 2012 until his retirement from the post in 2017. Before that, he served in various capacities including as Federal Secretary of the State of Sabah and as Special Functions Officer to the Chief Secretary to the Government in the Prime Minister’s Department. Dato’ Sri Khazali is a Director of Bank Islam Malaysia Berhad, Shangri-La Hotels (Malaysia) Berhad, Favelle Favco Berhad and Muhibbah Engineeering (M) Berhad.

He does not have any conflict of interest with the Company and no conviction of any offence within the past five years, other than traffic offences (if any). He does not has any family relationship with any other Director and/or any major shareholder of the Company. 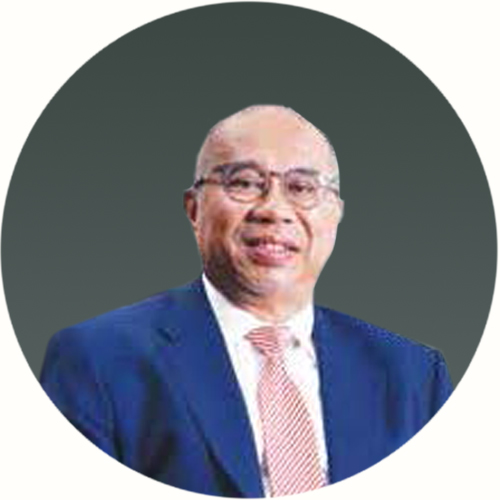 Datuk Mat Noor Bin Nawi, was appointed to the Board of the Company on 24 May 2018. He is also the Chairman of Audit Committee.

Datuk Mat Noor had served with the Government of Malaysia for over 30 years where he started his career in the Malaysian civil service in 1981 as an Agriculture Economist at the Federal Agriculture Marketing Authority (FAMA) before joining Economic Planning Unit (EPU) in 1983. He had since continued to serve the EPU in various capacities and his last position was the Deputy Director General, EPU, Prime Ministers Department prior to joining Ministry of Finance (MOF) in October 2011.

Currently. he sits on the Board of PDX.com Sdn Bhd, Megah Perkasa Security Services and Excel Force MSC Berhad. 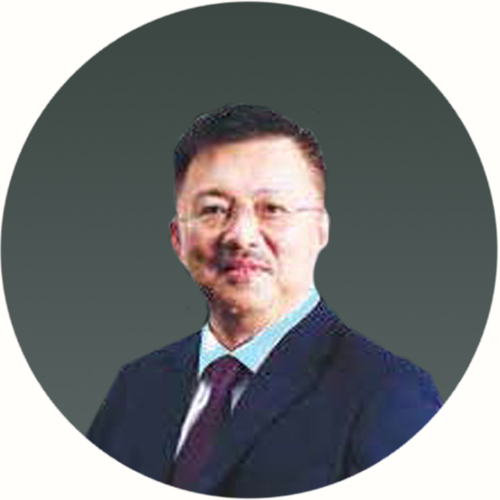 Dato’ Sheah Kok Fah, was appointed to the Board as an Independent Non-Executive Director of the Company on 12 April 2018. He held a Degree in LLB (Hons) from the University of Malaya and was admitted to the Bar in 1989. He is also a member of the Audit Committee, and Nomination and Remuneration Committee.

Dato’ Sheah has an outstanding career, both as an advocate and solicitor and corporate practitioner. He has vast experience for more than 30 years in legal practice since 1988. He has been the partner of Messrs Sheah, Tan and Rahman since 1996.

Save for Cuscapi Berhad, Dato’ Sheah does not hold directorship in any other public companies or public listed companies.

He does not have any conflict of interest with the Company and no conviction of any offence within the past five years, other than traffic offences (if any). He does not has any family relationship with any other Director and/or any major shareholder of the Company. 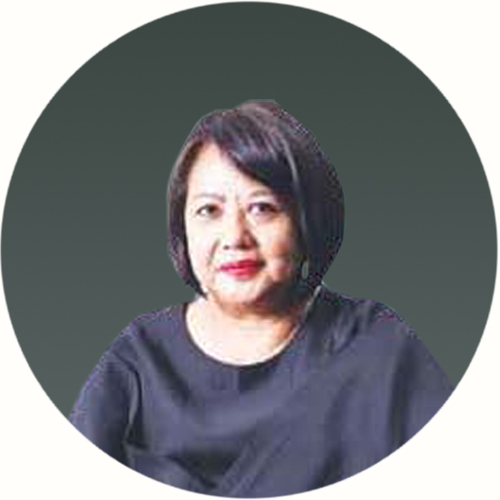 Puan Mohaini Binti Mohd Yusof, was appointed to the Board of the Company on 3 September 2018. She is the Chairperson of the Nomination and Remuneration Committee and a member of the Audit Committee.

Puan Mohaini graduated from University of Technology MARA with Degree in Mass Communications in 1989. She started her career as an Executive in the Lion Group of Companies from 1989 to 1990. She was a Manager in Malaysia Resources Corporation Berhad ("MRCB") in 1996 and later became General Manager, Head of Corporate Communications at MRCB since 2006.

Currently, she is the Independent Non-Executive Director of MY E.G. Services Berhad.

There is no sanction or penalty imposed on her by relevant regulatory bodies. 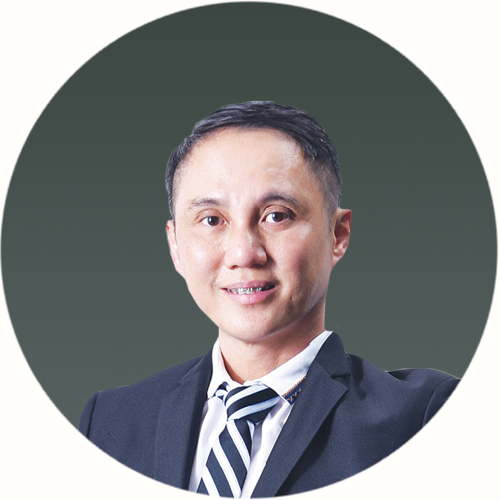 Mr Lim Sze Yean graduated with a Master Degree in Business Administration from Rutherford University in 2006. He is a Chartered Accountant of the Malaysian Institute of Accountants and a Fellow Member of The Association of Chartered Certified Accountants. He is also currently an Associate Member of the Chartered Tax Institute of Malaysia (CTIM) and The Institute of Internal Auditors Malaysia (IIA). He has more than 15 years of experience in various areas of finance, including corporate finance, internal controls and risk management. He started his career as a senior auditor, and in the course of his career, he has served several public listed companies as Group Finance General Manager, Group Finance Director and Chief Financial Officer. In October 2016, Mr Lim joined Cuscapi Berhad as Finance Director and was promoted to Chief Financial Officer on 1st April 2017. He also holds the office of Director in several subsidiaries of Cuscapi Berhad.

Currently, he is the Independent Non-Executive Director of Widetech (Malaysia) Berhad. 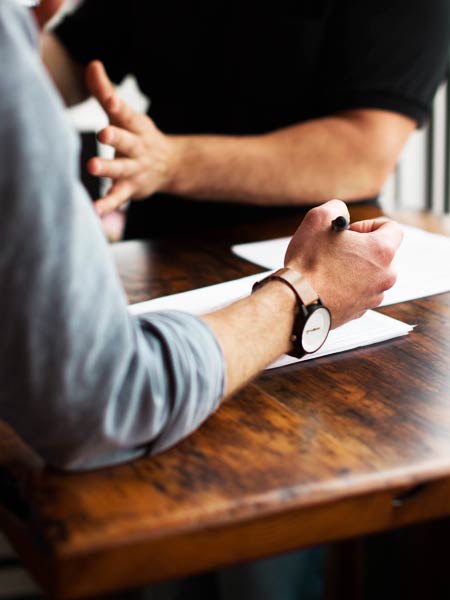